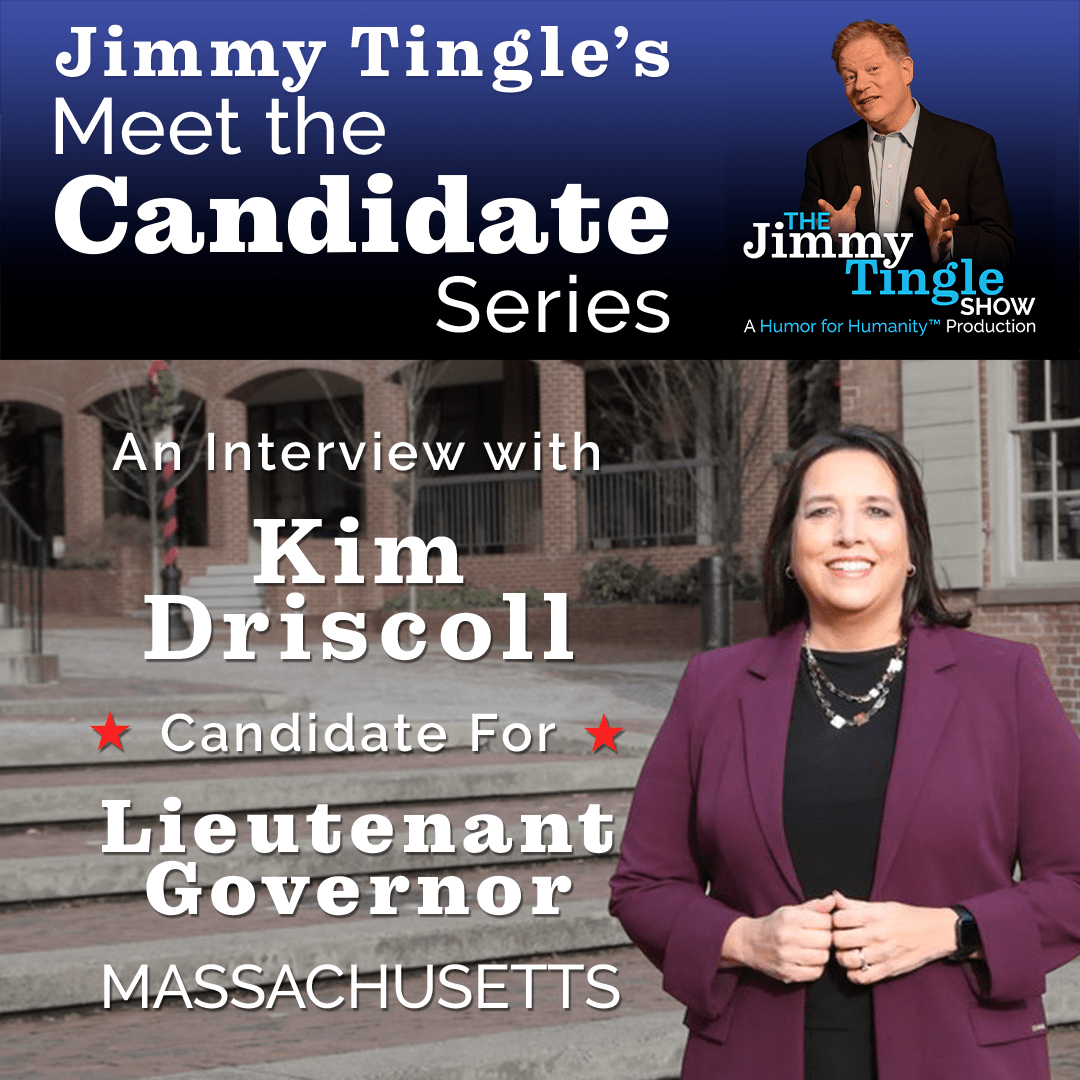 As a part of my Meet the Candidate Series, I sat down and talked with Kim Driscoll, Candidate for Lieutenant Governor of Massachusetts.

Kim Driscoll won an underdog race to become Salem’s first woman Mayor in 2006, topping the ticket in a three-way race against a sitting City Councilor-at-Large and the incumbent Mayor.

Working collaboratively with state officials and local partners, Kim helped secure sizable public and private investments, including a new MBTA train station, a new state courts complex, and a new ferry and waterfront port at Salem Wharf. The city is now a national leader in the offshore wind sector, serving as the primary marshalling port for the forthcoming Commonwealth Wind project that will serve residents across Massachusetts.

In Salem, the city adopted a climate change mitigation plan and took steps to lower its own carbon footprint – steps that also helped the city and residents save on their electric bills.

A proud parent of children who attended Salem Public Schools, Kim has also chaired the Salem School Committee as Mayor, and helped push for collaborations and strategies to improve Salem’s schools and for added investments to support teachers and students.

Understanding the importance of action toward substance abuse disorder, Kim spearheaded a specialized curriculum in the middle school grades to combat the scourge of opioids and created innovative intervention programs to help those suffering from addiction.

From one of the first fully inclusive LGBTQ+ non-discrimination ordinances in Massachusetts and a 100 percent score on the Municipal Equality Index, to major investments in veterans’ benefits, to standing up for immigrants, to the first age-friendly action plan certified in Massachusetts and the long fought-for new senior center, Salem under Mayor Driscoll has been – first and foremost – about including and welcoming everyone.