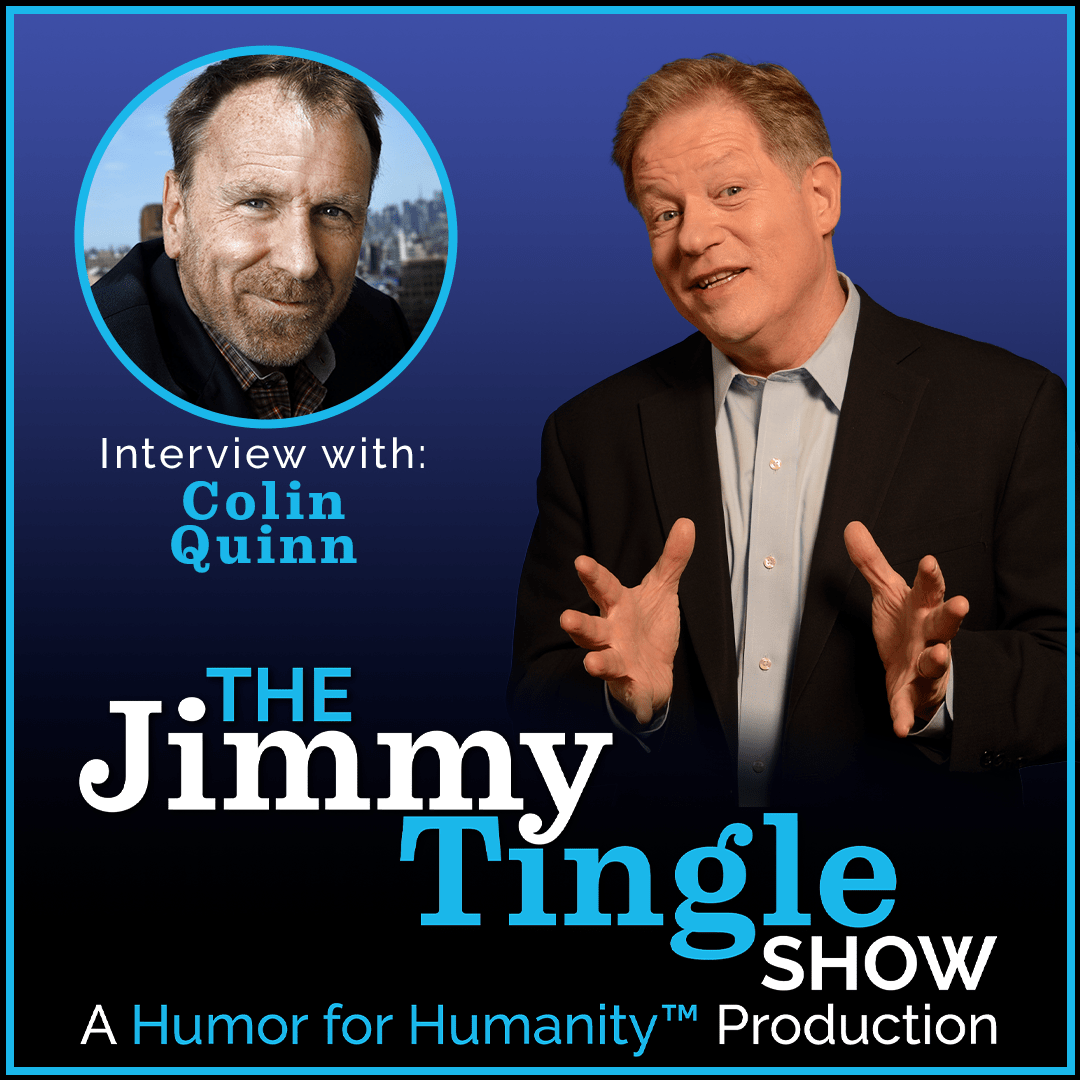 On the debut broadcast of The Jimmy Tingle Show, I sat down and reunited with comedian and longtime friend, Colin Quinn.

Colin Quinn is a stand-up comedian from Brooklyn (okay, Park Slope).  From MTV’s “Remote Control” to “SNL” to Comedy Central’s “Tough Crowd with Colin Quinn,” Mr. Quinn is not one to take a hint and bow out gracefully.  He’s been on Broadway with “Colin Quinn: An Irish Wake” and “Colin Quinn: Long Story Short” (also an HBO special) and off-Broadway with his show “Colin Quinn: Unconstitutional” (available on Netflix) and “Colin Quinn: The New York Story,” directed by Jerry Seinfeld (also available on Netflix). Recent credits include “Trainwreck,” “Girls,” and his web series “Cop Show,” streaming now on LStudio.com. His first book, “The Coloring Book,” is now out from Grand Central Publishing.

Donations to Humor for Humanity will help pay the rent for men in early recovery at the New Day Recovery (Newdayrecovery.net) sober living home in Malden, MA. To make a Donation, click HERE