How many Americans must die before the country treats alcohol and drug addiction as the national emergency it is? By Jimmy Tingle Updated December 26, 2020, 3:00 a.m. During the 1980s, I lost three friends to alcohol and drugs and I was personally going downhill in a big way because of those substances. I had … Read more 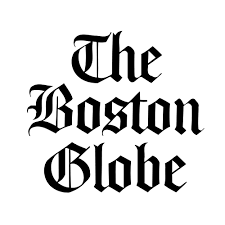 By Grace Griffin Globe Correspondent When Jimmy Tingle delivered his comedy set to the audience at Cambridge’s Sanders Theatre at the end of February, he had no idea it would be his last indoor live show for the foreseeable future. Just weeks after the February show, COVID-19 closed venues nationwide. Coincidentally, Tingle had recorded his … Read more

One of the uniquely American things I’m grateful for this Thanksgiving season is our heritage as a nation of immigrants. People from all over the world have been coming to this country for generations, going back to some of our earliest immigrants — the Pilgrims.

The mighty Pilgrims, among the first undocumented immigrants.

One of them spoke up and said, “How about the Cape?”

Former New Mexico Gov. Bill Richardson once famously said that if the United States were to build a 12-foot wall across the southern U.S. border, it would lead to runaway demand for “13-foot ladders.”

To read some reviews of Boston’s annual St. Patrick’s Day Breakfast, the event was a flop, primarily because of the jokes. This was the first year I attended, so maybe I’m a little naive, but I thought it was a great, uplifting and fun affair.

When the teenagers playing cards or basketball would leave their empty Coke bottles laying around, we’d pick them up and take them back to Sabbey’s or Hymie’s Corner Store and get 2 cents for them. A Popsicle only cost a nickel, so for four empty Coke bottles, you could get one Popsicle, a piece of liquorice, an Atomic Fireball and one piece of Bazooka bubble gum. In 1966, 8 cents was great money for an 11-year-old!

It’s commencement season. Time for celebrities and politicians to alight on college campuses to dispense wisdom and encouragement to graduates. Cognoscenti contributor and comedian Jimmy Tingle recalls his own moment ascending the dais at Harvard five years ago — and the unlikely path that got him there.

A few weeks ago the price of a first-class stamp increased to 49 cents. Sounds like a pretty good deal when you think about it. For 49 cents, a person will come to a box in your neighborhood, pick up your letter, and deliver it anywhere in the United States. What’s the problem?