There’s A Hole In The Wall 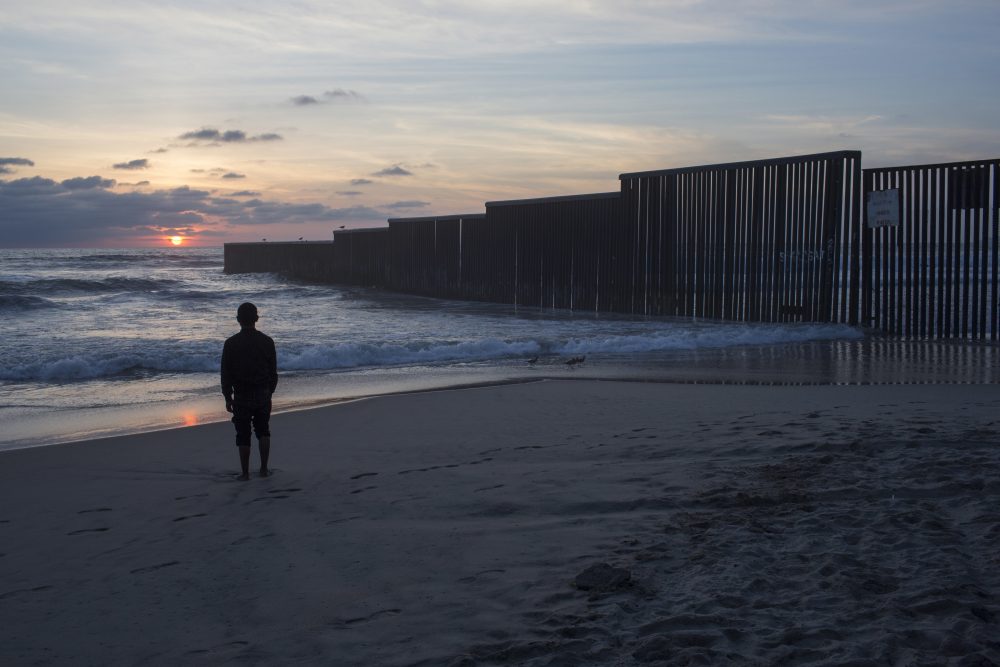 Former New Mexico Gov. Bill Richardson once famously said that if the United States were to build a 12-foot wall across the southern U.S. border, it would lead to runaway demand for “13-foot ladders.”

I’m not an expert on immigration, drug trafficking or border security, but it seems to me that if we build a roughly 2,000-mile wall across one side of the country, criminal enterprises and desperate people will go around the wall, over the wall, under the wall or through the wall — and not necessarily through the “big beautiful door” either.

Now the administration is claiming part of its “great” wall will actually be more like a fence, similar I suppose to other “great fences” throughout history — the Great Fence of China, the Berlin Fence, the fence between church and state.

Regardless, if we only fortify one side of the country, it’s not going to work no matter how big the structure. The country has four sides. Could you imagine a fort with just one wall?

Finally, we’ll need walls around all those little islands off the coasts — Catalina, Martha’s Vineyard, Nantucket and Manhattan, to name a few. A wall around Ellis Island and the Statue of Liberty too.

The border runs through the desert, rough mountainous terrain, waterways, forests and coastlines. So we cannot just have border patrol agents stationed every half mile or so.

I’m thinking we are going to need border patrol agents every 3 feet, locked arm in arm, or at least holding hands, guarding the border. That’s 30.3 million people a shift guarding the borders and here’s the tough part: We cannot use undocumented workers.

All the border patrol agents must be American citizens. That will be a big challenge given that most U.S. citizens don’t want to work in the desert or in fields under the burning sun — that’s why millions of undocumented people are here to begin with.

Given that there are 365 days a year, and we’ll want to guard 20,000 miles of wall 24 hours a day, we’ll need at least three shifts. That would mean 100 million Americans to patrol 100 million feet of border. It will be exhausting work.

Maybe Congress could authorize Homeland Security to build a Trump Tower every 10 miles to accommodate the border patrol agents and the people we catch. After a long day of nabbing drug dealers and desperate people trying to scale the wall — everyone into the pool.

But building 2,000 Trump Towers on the border, even with a presidential discount, will be expensive. So, too, will the cost of hiring those 100 million plus Americans, to patrol the border 24/7.

And it will leave a huge hole in our national work force. Who will be left to teach school, ring up groceries, build homes or staff our fastest-growth industry, fact-checking the president?

We just may have to import millions of new immigrants to help make the country function, while the 100 million citizens are guarding the border.

Even this won’t solve the problem. According to the National Drug Intelligence Center, illegal drugs are coming into the country not just across the land border, but also on boats and through tunnels. And, Pew Research Center estimated in 2006 that nearly half of the people here illegally overstayed student visas, work visas or tourist visas. A lot came into the country on planes.

Someone needs to tell President Trump and Congress a boat can go around a wall, a tunnel can go under a wall and a plane can go over a wall. Maybe what we really need to do is build a dome over the United States — and get the airline industry to pay for it.